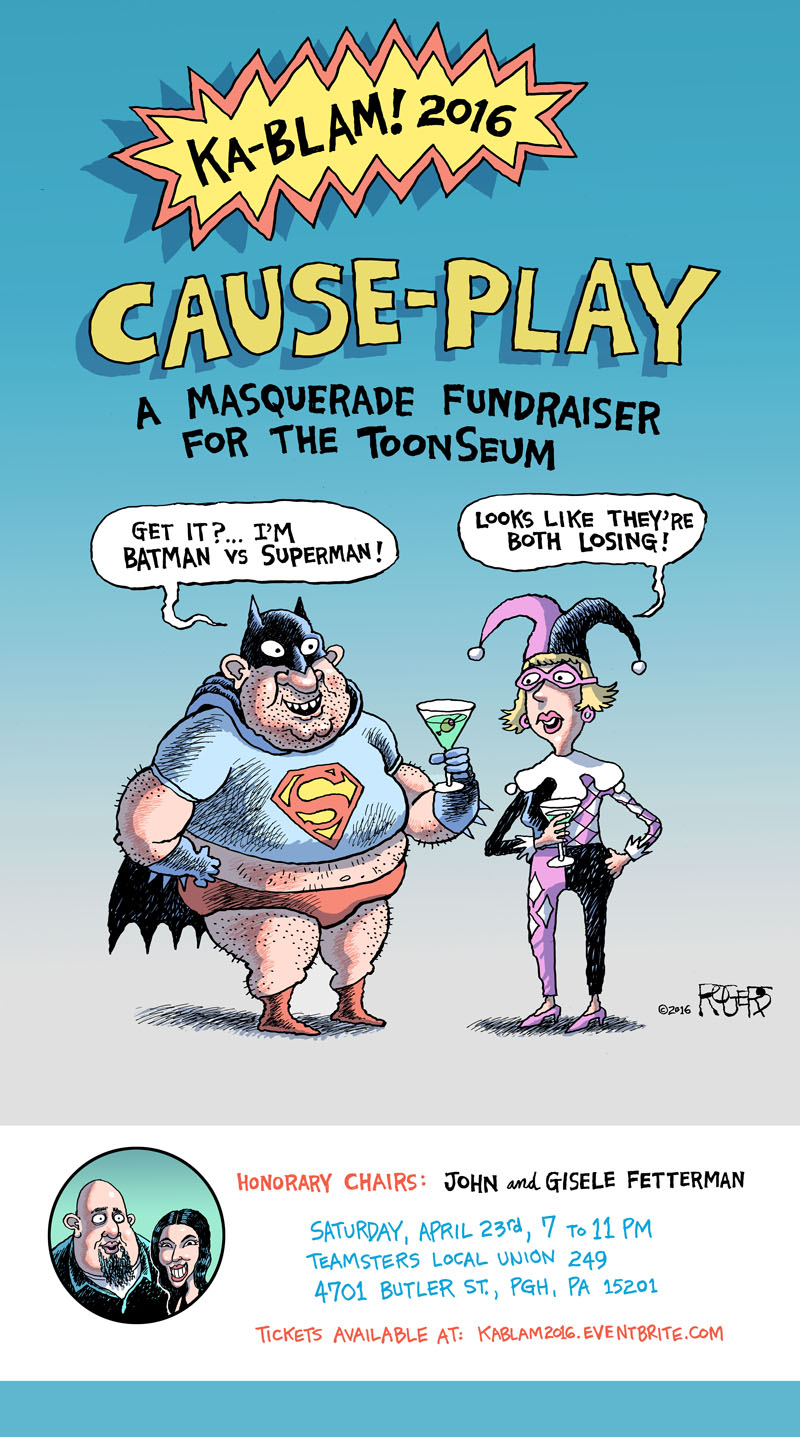 For the second year in a row, KA-BLAM!, the ToonSeum’s annual fundraiser, returns to the Teamsters Temple Banquet Hall in Lawrenceville on Saturday, April 23.

This year’s theme is “CAUSE-PLAY” (like cosplay) and guests are invited to attend in costume as their favorite popular characters. All characters are welcome, from superheroes to Lawrencevillains, starship captains, Klingons, Tribbles, furries, stormtroopers, Ghostbusters, Jedis and more. If you love cosplay, this is your party!!! If not, costumes are NOT required…you will still have lot’s of fun!

The honorary chairs for KA-BLAM! 2016: CAUSE-PLAY are Braddock Mayor John Fetterman and his wife, Gisele. The host for the event is beloved Pittsburgh documentarian and ToonSeum Board Member Rick Sebak.

Dress up and have a blast while benefitting the ToonSeum. Costume-free guests are welcome too!

GENERAL ADMISSION: the main event lasts from 8-11pm at the Teamsters Temple Banquet Hall in Lawrenceville. Tickets on Eventbrite are $40 for regular admission, $75 for VIP entry, and $125 for VIP couples.

To purchase tickets, go to: http://kablam2016.eventbrite.com/